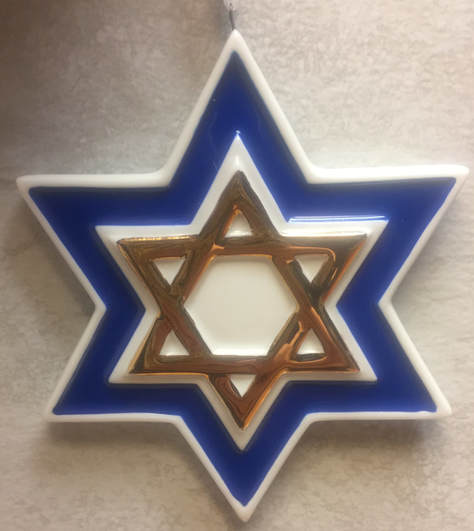 And after all, isn't that the true meaning of simplicity?  The word "simplicity" can be referred to in 2 other words - natural and honest. No subterfuge. No hidden agenda. No secrets or dishonesty.

When I was doing my Masters degree in Theology, one of the classes I took was called "Salvation is From the Jews: A History of Isreal."  It was fascinating and eye-opening, and gave me a new appreciation for Jewish culture and history. 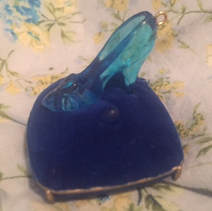 2017
Fit For A Princess
Disney's "Cinderella"

​We all know the basic story of Cinderella, don't we?  It's the archetypal story of the sweet innocent girl being taken advantage of by the wicked stepmother. This ornament displays one of the pivotal moments in Disney's Cinderella movie, when Cinderella is offered the glass slipper. She puts it on, and it fits like a glove.

We might ask, why does it only fit her?  Is she really, REALLY, the only girl in town who wears that size shoe?  The answer is Yes!  In this case, the shoe doesn't represent an actual size, as in 5, 6 or 7. Rather, it represents Cinderella's  internal disposition. This is one of those "types" in the movie, where an object represents something else.  In this case, the shoe represents a very small, un-egoistical soul, specifically Cinderella.  Of course the shoe won't fit the stepsisters; they fly across the room as soon as they see it, demanding to be first in line, most important, the center of attention.   Their egos are too big. The shoe doesn't fit.

Cinderella waits patiently in the shadows behind, and when it is her turn she produces the mate for the shoe, and slips it on. This is a connection to Jesus' statement that "It is easier for a camel to pass through the eye of a needle than for a rich man to enter heaven."  Jesus is not talking so much about simply owning many material goods, after all King Solomon was known for his wealth and gold. Rather, when our worth is bound up in our possessions only (whether that is tangible goods or status or fame, etc.) then our egos will block the entrance to heaven. We will not want TO serve, instead we will want to BE served. Cinderella vs. the stepsisters. The shoe fits one, but not the others. 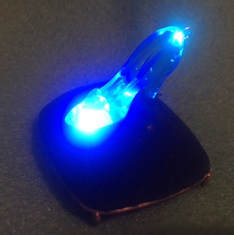 An added feature
to this ornament
​is that it lights up!