When I was in graduate school working on my MA in Theology, I took a class called "Salvation is from the Jews."  To say it was eye-opening was an understatement.  For the first time, the Jewish faith and its connection to Catholicism and Jesus Christ were laid out in plain sight. Since then, I have a great appreciation for the Jewish faith and the history of its people. Understanding the Old Testament and the revelations of God to the Israelites can only help us to understand our own faith more deeply. Indeed, I'm not sure that a fully fleshed out Christian faith can be possible without an understanding of the Jewish practices.  That's like saying Western Civilization had nothing to do with Aristotle or Descartes, but that it just appeared one day in Washingon.

Hallmark usually creates a Jewish ornament in their annual line, so I've written some thoughts on them below. 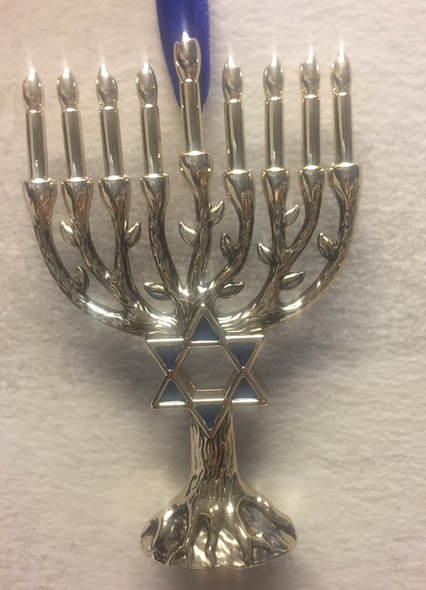 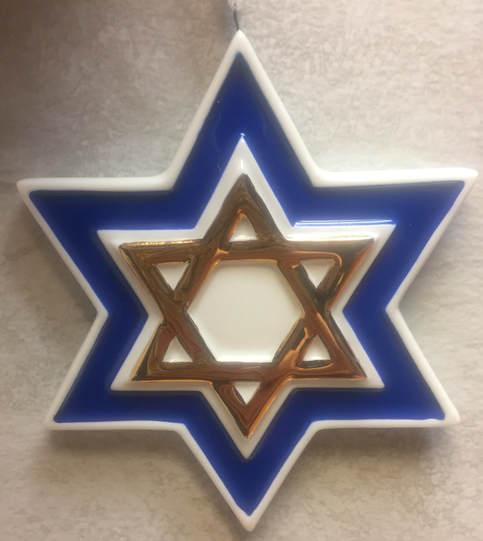 And after all, isn't that the true meaning of simplicity?  The word "simplicity" can be referred to by 2 other words - "natural" and "honest". No subterfuge. No hidden agenda. No secrets or dishonesty. 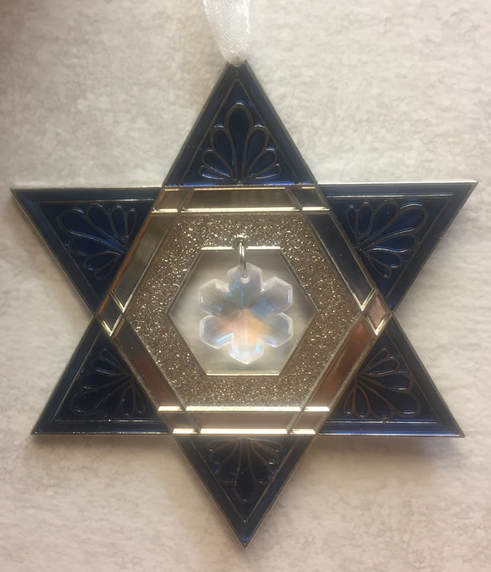 To me, this ornament represents the completion of the covenants. In the Old Testament. God worked with his people over many generations and many thousands of years, preparing them for the coming of the Messiah by giving them covenants.  Yes, it is true that there were many covenants because the people kept breaking them, but that's not anything new still today!

This symbol, the Star of David, represents God's dominion over everything. Each of the tips of the star point to a different area - north, south, east, west, up and down - all of the physical world.  Yet the snowflake in the middle of this star takes that understanding one step further - into inner space. It represents the coming of the New, Final, and Eternal Covenant with Jesus Christ.

Remember that the big covenant, so to speak, for the Jewish people was the Mosaic Covenant, where Moses is given the Law.  The Old Testament speaks eloquently of The Law, comparing it to honey, saying that the one who keeps The Law is blessed. The Mosaic Law gave the Israelites the way to keep God's commands and live in relationship with him. But, God's commandments were - literally- written in stone. The coming of Jesus changes that. "The heart of stone becomes a heart of flesh." Ezekiel 36:26   The Law, once written on tablets of stone, is now incarnate; walking, talking, eating, and teaching among us. But, it doesn't stop there.

At the Last Supper, Jesus institutes the Eucharist, replacing the Passover meal with his own body, blood, soul and divinity.  The Scripture quote above from Ezekiel is extended to all those who follow Jesus, and consume the Eucharist. The Law - no longer hard and inert, but living food - now enters into our own inner spaces, into our own hearts, seeking the same transformation in us that took place at the Last Supper, seeking to turn our hearts of stone into hearts of flesh, making us into other Christs.
​