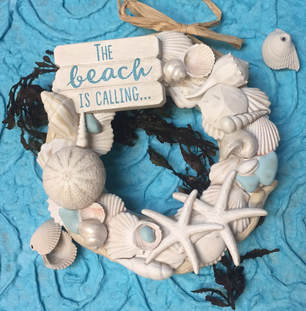 2018
A Day at the Beach
By Debra Nielsen

I have just returned home from the beach, so I really understand the meaning of those words "The beach is calling..."
​
One night while at the beach, my sister and I took a moonlight stroll along the sand. We wandered for a while, taking in the endless expanse of sea and stars, looking at the paths of silver light the moon cast over the water, as the dogs roamed and her young son explored. My sister stopped and stood with her toes in the surf.

The beach is one of those archetypal places in nature where you can interact with what it means, with the symbolism. The beach brings you back to the beginning. The endless repetition of the waves, the in and out of the tide, the screaming sea gulls. The fresh wildness of it all.

What is it that the beach calls us to? To go back, to rediscover, to re-find ourselves at the beginning and re-set. Ultimately, this beginning that we seek at the beach is the same beginning that the Gospel of John opens with: "In the beginning was the Word, and the Word was with God, and the Word was God." We search for that same wind that moved over the formless void in the beginning, and drew new mountains and lands into being. We seek not just to be renewed, but to be re-created by that same Holy Spirit. The One who never grows tired, or weary, or just bored of re-creating but instead delights in bringing about the "freshest, deep down things," the continual "greening" of creation as Hildegarde put it.

I know that was what my sister was seeking. More than just a few days of vacation, she was searching for a return to her beginning, back to who she really is, who she was created to be. She was looking for that specific, certain wind that would revive and refresh her, and give her the strength to continue with her life in a few days time. She was searching for the God who walks on water, that untamed freshness Himself.  That's why we all go to the beach, in the end, and stare out over the water, and that's why we can always hear the beach calling.... 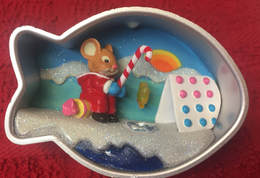 ​This ornament is the 7th in the Cookie Cutter Christmas series. The series features a little mouse engaged in a variety of activities. I call this series the "Living a Little Life" series. Each ornament asks the question: what's so great about living a "little" life?  The answer: lots! 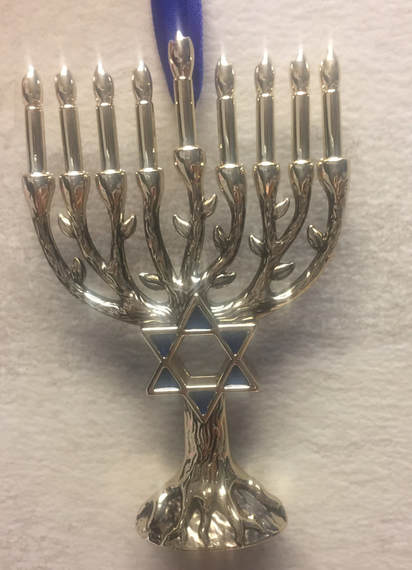